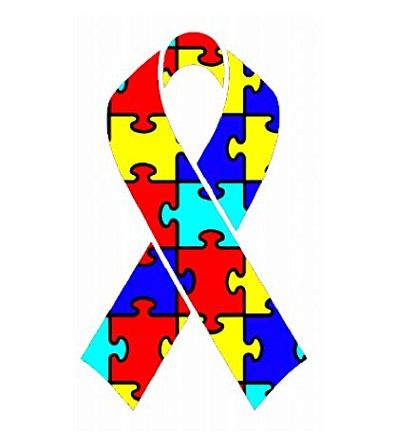 Raising a child with Autism Spectrum Disorder (ASD) can be isolating and stressful for parents and guardians who often have so few peers who understand what they’re going through.

That’s a feeling Napanee moms Mandy Stapley and Kristy Blais know all to well, which prompted them to launch the Napanee Autism Networking Group.

Blais, a mom of two daughters with ASD and Stapley, whose son has ASD, is hoping the network will allow other parents to share resources, support and experiences while ultimately advocating for change at the local and national level.

“A place where you feel safe and comfortable to say your fears or problems,” Blais said of what she hopes the group will be. “Chances are there’s somebody else who has already been through it. We’ve talked before about things we thought would only happen in our home.”

Blais says Stapley has become like a sister to her as they’ve bonded over chatting about their experiences with raising kids with ASD. Having someone to talk to who has gone through the exact same experiences has been a huge benefit as both struggle through the challenges that comes with the condition.

It’s not all just about the challenges they deal with at home either. Public perception is also a major issue for parents who are often apprehensive of taking their kids to a store.

“What we want is more awareness out there,” said Stapley. “We have both experienced discrimination with companies that say they’re inclusive but when it comes down to it they’re full or they’ll get back to us….We understand that people have reservations about how to include. We just want awareness out there.”

Often times it’s a simple lack of knowledge that can lead to a misunderstanding. Stapley recalls a time when her son became overwhelmed by the lights, sounds and crowd at a grocery store and began screaming and crying while in the checkout line. Stapley says some of the adults around her rudely told her to keep her son quiet. For those who don’t have kids without ASD, it’s not easy to understand how bright lights can trigger an uncontrollable response in a child. It’s not simply a mother with an undisciplined child acting out in public.

Stapley’s story is probably one most parents of kids with ASD could sympathize with, having been there before. Both of the parents say they will avoid going to the store with their kids all together if possible. It doesn’t have to be that way though, and part of the role of the Napanee Autism Networking Group will be advocating that.

“Even if the grocery store offered a low lighting, quiet time to go shopping with your special needs kids,” said Blais. “I haven’t even brought my youngest to the grocery store in over a year because she’s just going to be melting down at the cash while I’m trying to pay.”

Stapley has already begun working on setting up meetings with members of town council in the hopes of getting more businesses and sporting groups to consider making things more accessible to those with ASD.

Blais is hoping more sports groups will follow the footsteps of the Greater Napanee Gymnastics Club, which has created a program for kids with ASD and includes kids without autism.

“Sometimes we have our backs up as parents,” Blais says of trying to get her kids included in sports or clubs. “We’re afraid to put our kids in things because other parents are going to get mad. We wish there was more places besides gymnastics like dance, hopefully a music program would open up here because a lot of our kids are interested in music and other sports that we could bring our kids and we don’t look strange if we’re on the field because they need that one-to-one.”

The group would also serve as a place for parents to share the best ways to make their funding go further as they prepare for the changes implemented by the new provincial budget. They hope to push to make funding a national matter and one that isn’t determined by the provincial government.

“I know that’s a long fight, but it would be nice for us not to worry every four years what’s going to happen with our children,” said Stapley.

For now in its early stages, the group’s founders are most interested in hearing from local parents and guardians to get an idea of just how many there are in the Greater Napanee area. For now it’ll function as an online group, though there are talks with the town of possibly getting a meeting space for parents and their kids to chat and play in person. The group won’t be limited to those with ASD, but any differently abled person.

To get in contact with the group, email NapaneeAutismGroup@Gmail.com.