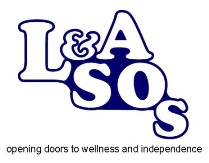 Lennox and Addington Seniors Outreach Services (SOS) will be transferring all their provincially funded programs to the Victorian Order of Nurses (VON) effective July 1.

SOS made the announcement Wednesday evening during their annual general meeting. Among the programs being transfered are meals on wheels, transportation, congregate dining, home respite, weekend overnight respite and adult day programs.

“L&A SOS programs not funded by the Southeast LIHN (Local Integrated Health Network), namely 55 Plus programing, will continue as a community funded and operated organization,” said Chris Seeley, chair of the SOS board of directors.

Prior to the meeting SOS staff were given two month advance letters of termination. Amy Hallaran, senior manager, home and community care for VON south east district, said all jobs would be posted and staff would have to re-apply for jobs.

“We’re a different organization and we do have different models that operate the different programs,” Hallaran said when asked why the current staff couldn’t be directly transferred over after July 1. She said the jobs are expected to be posted by mid-May with the intent on being filled by the July 1 transfer.

All SOS volunteers would similarly have to re-apply to be volunteers and go through the process of becoming a volunteer, such as obtaining a background check.

Seeley said the board made the decision to transfer to VON after a consulting firm reviewed their budget. Financial concerns began to arise in 2015, shortly after the agency moved from its Bridge Street location to its current building located within the former Westdale Public School complex.

“After exhausting all efforts, it had become apparent L&A SOS no longer had the economy of scales to operate within the Southeast LIHN budget,” said Seeley. “As a result the board of directors has decided to transition our Southeast LIHN funded programs to the VON.”

Seeley said the board spoke with several organizations before selecting VON, noting they had experience running similar programs as well as working with volunteers.

“The LIHN funds us somewhere north of $800,000 a year,” said Arthur Ronald, a member of the SOS board of directors. “We were unable to maintain our operation with that money.”

Ronald further explained that the LIHN told the board they would withhold the 2019 funding until they put a plan in place to transfer the care of their provincially funded programs to another organization.

“If we were unable to come up with a plan, the funding would have stopped as of April,” said Ronald. “You talk about compassion to our clients, it would have literally been finished as of the first of April. There would have been no funding to provide those services.”

Looking at the financial numbers, Ronald said they had no choice.

“This change is inevitable,” said Ronald. “There are major changes coming within the healthcare system. I can’t predict what it’s going to be….It may be the changes we’re making right now will have to change again. We don’t know. We’re ahead of the curve if you will. The important thing as far as our board is concerned is the services that are so essential to the seniors in this community are maintained. We had to do what we had to do to ensure the services were still there.”

L&A SOS was officially incorporated as a non-profit organization in 1986, serving seniors and adults with disabilities.