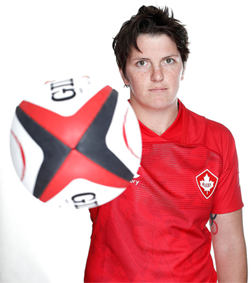 Canada’s captain Ghislaine Landry scored on the final play of the gold medal game to give Canada a 7-5 victory.

The victory capped off a perfect weekend for Canada, who topped the U.S. 24-12 in the semifinals. They began the playoffs with a 17-14 win over Russia, as well as wins over Spain, China and Australia in pool play.

Benn scored a try in Canada’s opening win over Spain, giving her eight on the year in 24 Series matches played this year.

The gold medal was Canada’s first of the Series this year to go along with a bronze won in the U.S., a silver in Dubai and fifth in Australia. On the season they have 66 points, which is good for second place, eight back of first place New Zealand. Each gold finish is worth 20 points, 18 for silver, 16 for bronze, 14 for fourth. Canada leads the U.S. by two points and has a 10 point lead over fourth place Australia. France is fifth with 46 points. There’s two series left to play in the year, with the next stop in Lanford, BC on May 11-12. They’ll close out the series in Biarritz, France June 15-16.

The top four countries at the end of the year qualify for the 2020 Olympic games in Tokyo, Japan.