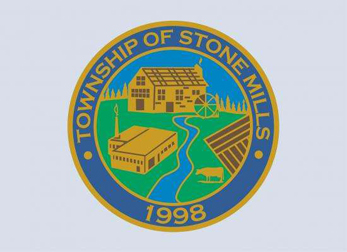 Stone Mills Township took a step toward ensuring its residents impacted by the Loyalist Solar Project have their concerns addressed.

At a regular meeting, council affirmed residents Tracy Asselstine and Jasmin  Cameron would be the citizen representatives on a committee looking into remedies before proponent Blu Earth Renewables Inc. completes the construction phase of the 54-megawatt project near Centreville.

That night, Asselstine also handed over a list of outstanding concerns they compiled through conversations with their neighbours.

Sensing some urgency, we have moved forward and gathered together a list of concerns and resolutions for those concerns. The list includes, but is not limited to, over 100 concerns,” Asselstine told council. “The people I represent, our emotions are real and they are justified. You can not know what we went through until you’ve lived it.”

Asselstine said the list, which includes grievances about drainage, property damage, sightlines, and other construction-related impacts includes only those stories where residents gave permission for inclusion.

While she said there was an “atmosphere of discomfort around disclosure” associated with the project, she and Cameron went house-to-house to speak to people affected. After hours of meetings, she said even compiling the information itself had her up well into the night most of the past week. The duty, she said, weighed heavily on their hearts.

“This is more than just words on paper. The list carries with it the anguish and trauma put on this community because of the project. We insist each one of these concerns be resolved with the dignity and respect the people in this community who have worked so hard to put up with this project deserve.

Chief administrative officer Bryan Brooks said the township also kept its own list of concerns raised, both at a Feb. 11 public meeting and following it and it has forwarded that list to Blu Earth project manager Chelsie Dundas, who was given a copy of the residents’ list at Monday’s meeting.

Dundas indicated she was planning an informal tour for councillors to view the current state of the project and to address questions about visual screening along the transmission route and other potential concerns.

After council formally added Asselstine and Cameron as community representatives, councillor Kevin Richmond recommended they also be invited on the upcoming tour.

Representatives from Blu Earth and Stone Mills were to discuss a date for the tour.