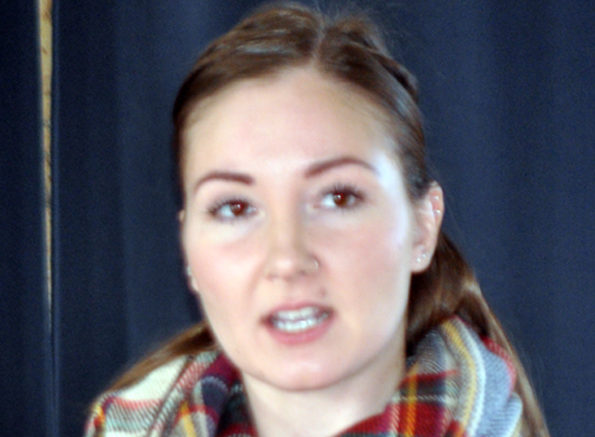 Greater Napanee is already moving forward with one concrete idea to improve its promotion of local food as it digests the first impressions offered by visitors for Port Hope presented Monday.

Among the strengths the guests observed in their visits during August and September on an Ontario Ministry of Food, Agriculture, and Rural affairs exchange was the town’s beautiful, historic market square. One of the detriments was guessing which weekend market would be in session.

That was one observation Port Hope business outreach co-ordinator Elizabeth Edwards made in her presentation at Napanee Town Hall Monday morning that elicited much discussion.

Greater Napanee economic development officer Annie Manion said the town plans to go to a weekly hometown market next summer from June to September. That consistency would make it more attractive for farmers to leave their farm gates and have a regular audience to sell to. It would also allow visitors and local customers an understanding that fresh produce will be available every week.

Edwards started her presentation by stating that many of her volunteers had an idea they were travelling to a large rural area that would feature lots of farm gates. They felt that Napanee would be a blue collar town with plenty of diner food. It would have beautiful heritage and a connection to rural roots.

To prepare they visited Trip Advisor and local web sites and found they would have liked to see more information on restaurants and shops.

Edwards said, upon arrival, the Port Hope visitors found the entrances off Hwy 401 to be a bit industrial and “not as inviting as we would have liked.” Downtown was difficult to gauge with the construction, but visitors found plenty of leisure opportunities for families and couples. Overall, they noted Napanee is “more beautiful and picturesque than imagined.”

“We really loved the landscaping. There was lots of seating. We really loved the free parking. We don’t always have that, particularly during the week,” Edwards said. “I’m so mindblown that you guys have free WiFi in town and it’s definitely something that I’m going to be pushing for.”

The heritage buildings and beautiful waterfront were also considered as assets as well as the friendliness of people and a general pride in Napanee the volunteers said was exhibited in most interactions. That there was a food truck near the water was also warmly received. One weakness, perhaps, was the lack of signage leading visitors to restaurants and others purveyors of local cuisine.

One of the favourite spots observed by the visitors can be seen as positive and a room for improvement. Edwards said nearly all the guests visited the Waterfront River Pub, where they enjoyed the beautiful patio view and tasty food in a family friend environment. A manager there also got strong marks for her ability to discuss the sources of food and beverage items on the menu. The drawback, she said, is that very few residents recommended other establishments and few were easily identified online.

“It kind of spoke to the availability of other types of food,” she said.

Edwards did say with some exploring, volunteers also discovered they liked the authentic English food at the Loaf & Ale and the home-cooked lunch options at Ellena’s while within a downtown dominated by retail.

Another local business that received glowing reviews was the Harvest Brinery on John Street. Visitors were quite impressed that staff was able to direct them to the exact tree where crabapple jam came from. They also liked the variety of local food promoted.

“The smell was amazing, they walked in and felt like they were walking into their own home. The amount of preserves and jams available was phenomenal. They told me if you have reason to come back to Napanee, it’s the Harvest Brinery,” Edwards said. “It’s the experience you gave. There’s a movement, especially with the millennial generation, toward ethical food choices — knowing you are getting it down the road and supporting the farmer and their food choices.”

In her presentation, Edwards highlighted three opportunities for Greater Napanee. One was embarking on a promotions campaign to educate people about the availability of local food in town and at farm gates near town. A second was staging the more frequent Hometown Market and developing a brand around it to promote local food. A third was attracting more food producers with the promise of prime agricultural land and creating connections with commercial business.  She also suggested the five greatest challenges to local food promotion here are a lack of signage, a lack of diverse dining options, limited information online and in hard copy, a need for more support of rural partners, and limited hours prohibiting weekend access — specifically including the info centre at Town Hall.

“What’s paramount at this point is to flesh out what your assets are and then understand how we can build it and what can be built with what you have. When there’s a really strong focus on local food in the community, more local food will grow. Consumer interest and demand will increase.”

Manion was also asked during the session about things she observed on a visit to Port Hope that could help locally. She said she really liked a dining guide that municipality produced online and in print that listed all its dining options and its market times. It also had similar guides for shopping, fishing, and accommodations. She said Napanee could look to replicate that and offer some connection to its own farm gates. A private culinary festival, Cultivate, was also something visitors were intrigued about.

Edwards also discussed some additional marketing efforts that have succeeded for Port Hope, like hiring bloggers to produce content about a weekend experience in the town, and helping farmers and restaurant operators through social media stories.  Much is on the table.

“Hopefully this is a springboard to launch a local food campaign,” Manion said of the exchange.

“It was really excellent and I think it highlighted a lot of things we have already recognized and have taken steps to change,” she said. “I’m really excited the farmers’ market is going to be weekly.”

Manion said discussions regarding strengthening the market and creating stronger ties to producers are ongoing.