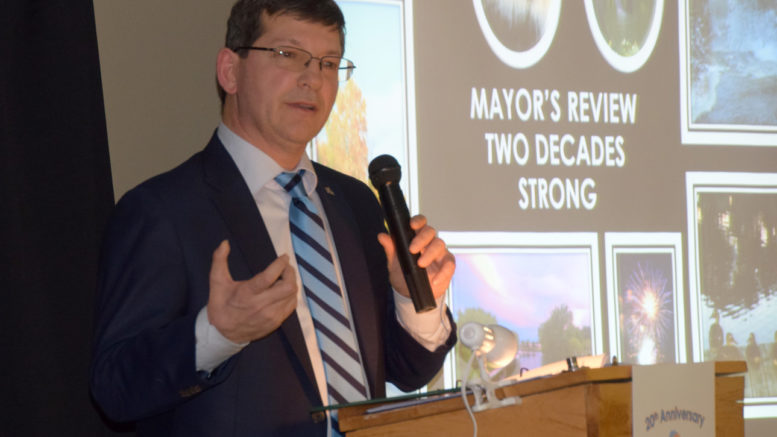 Hastings-Lennox and Addington MP Mike Bossio brought some good news and some continued uncertainty to County council last week on the subject of Internet connectivity.

Connectivity seemed to dominate the discussion, however.

“It was a half-a-billion dollars. It’s not enough. We know there are huge needs in the area of broadband Internet. It’s the largest investment ever made in this area. What it did was it raised awareness on the need,” Bossio said. “The intake that happened on the CTI was over $4-billion for that $500 million. We didn’t know the need was that large. We’re hopeful it’s going to lead to more funding.”

Locally, there was a $36-million public-private partnership announced with Xplornet Communications. The government invested $10.8 million and the provider the balance. Bossio said the project would connect more antennas to fibre optic cable allowing greater capacity and speeds.

“It means 100 mbps download and 15-30 mbps upload for the vast majority of people in the southern part of the riding,” Bossio said.

Since that announcement in July, Bossio said Xplornet has agreed to invest additional millions to spread its project further across the southern part of the county.

Bossio said Greater Napanee was always going to be well served by the project.

Following the presentation, Stone Mills councillor John Wise asked Bossio how the Eastern Ontario Regional Network’s $213-million cellular proposal — of which the federal and provincial governments are both being asked to pay $71 million and Lennox and Addington up to $567,517 — fits in the strategy.

Bossio said that while technologies are starting to converge, there is no dedicated funding available to upgrade cellular coverage.

When Wise pressed, Bossio reminded him it’s still a consideration, but it might not happen right away.

“When you look at the original EORN project, that took five or six years to happen. That’s not something that happens overnight. $71 million is a big chunk of change.”

Bossio also reminded councillors that first EORN project that brought higher speeds to 95 per cent of homes and businesses in the region already put eastern Ontario in a comparable position of strength.

“That first program made a big difference and basically it’s brought us to where we are today. We do have, relatively speaking compared to other rural communities, good broadband coverage where most communities don’t have any outside of eastern Ontario,” he said. “It’s made us the envy of the country in the southern part of this riding because we’ll have urban-like connectivity in a rural area.”