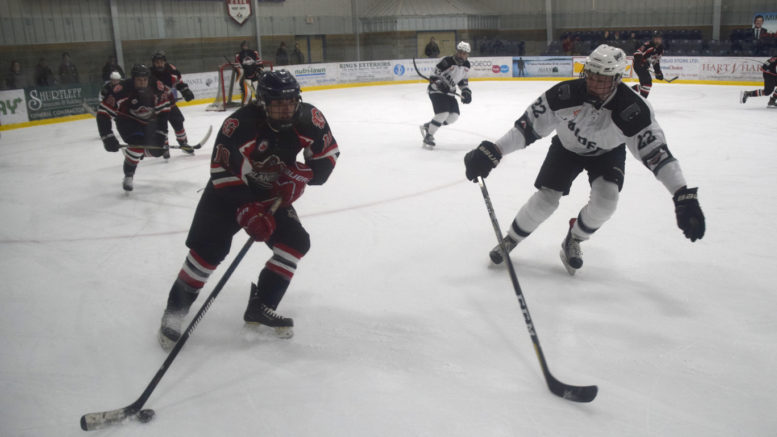 As the mercury was dropping outside the Strathcona Paper Centre on Friday, inside the Napanee Raiders’ offense was sizzling as they posted a 5-1 victory over the Gananoque Islanders.

Ryan Casselman opened the scoring at the 15:32 mark of the second with his league leading 29th goal of the season. Reid Humphrey and Austin Labelle picked up assists on the play.

Napanee put the game away with three goals in the middle frame, two courtesy of Labelle. He scored his first of the night at the 5:48 mark then recorded his second at 9:32. Casselman assisted on both goals while Humphrey and Luke Joseph were also credited as helpers.

Gananoque’s Eric Labrie got the visitors on the board at 15:42 to cut the deficit to 3-1, but was quickly offset by a goal from Napanee’s Cullen Hinds less than two minutes later. Cam Harris and Brodie Maracle picked up assists. 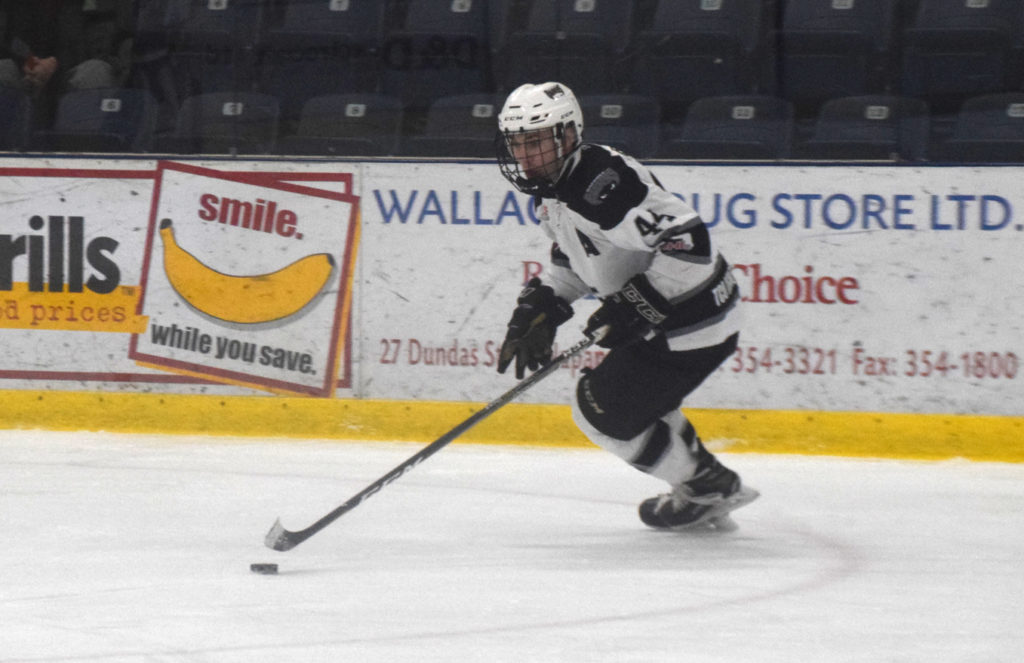 With a goal and three assists on the night, Napanee’s own Ryan Casselman is now leading the league in goals, points and is tied for first in assists. Photo by Adam Prudhomme.

Humphrey added an insurance tally 16:39 into the third to round out the scoring while Casselman earned his third assist of the night and league leading 69th point in the process. It was also his 40th assist of the year, which ties him with teammate Labelle for the league lead as well, making Casselman a real threat to repeat as a triple crown winner in goals, assists and points. 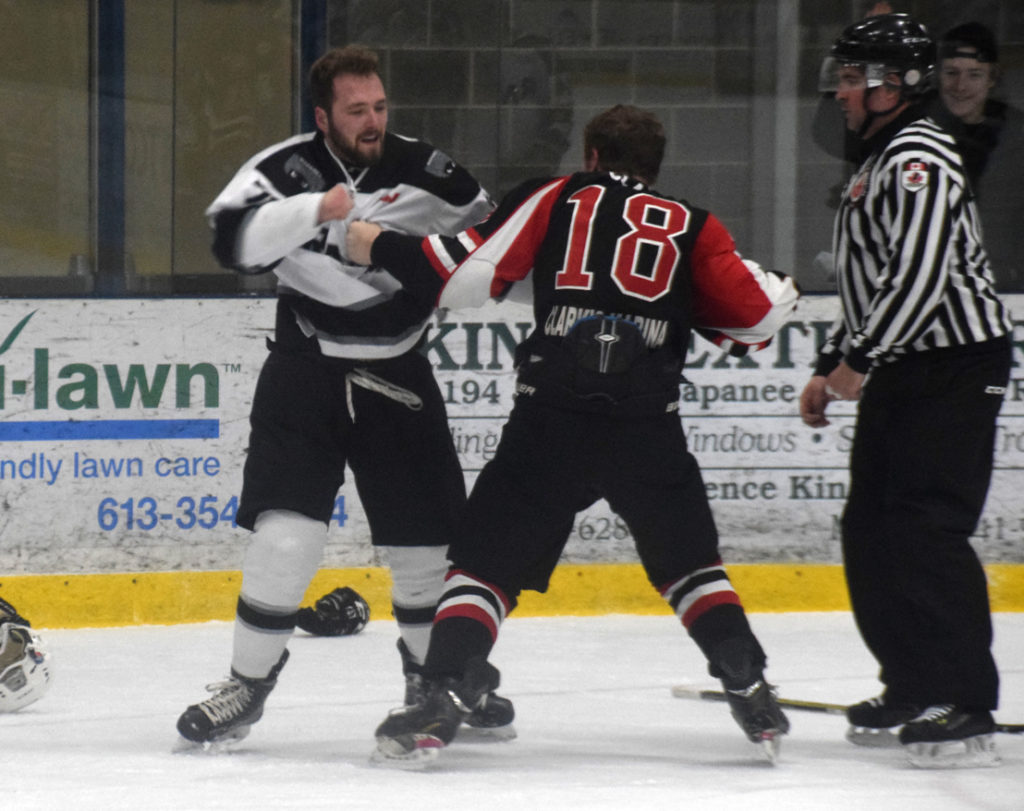 Both teams displayed a strong physical play and tensions boiled over towards the end of the second when Napanee’s Devon King dropped the gloves and went toe-to-toe with Gananoque’s Braden Clark. Both were given a fighting major and a game misconduct.

The game had two very different levels of significance for both clubs. For Napanee the win gave them 65 points on the year, which officially clinched first place overall in the Tod Division-an outcome that has been a forgone conclusion since about late November. First place secures an extra home game in a seven game series throughout the first two rounds of the playoffs for Napanee.

The Islanders meanwhile desperately need all the wins they can get as they are locked in a dog fight for the fourth and final playoff seed with the Port Hope Panthers. They now trail Port Hope by two points, each team with eight games left to play. The team that does clinch the final spot earns the task of facing the Raiders in the league’s semifinals.

Napanee was scheduled to travel to Port Hope on Saturday but the game was postponed due to weather. No make up date has been announced yet.

The Raiders’ next scheduled game is a trip to Picton to face the second place Pirates for a 7:30 p.m. puck drop. On Friday they welcome the Amherstview Jets to the SPC for a 7:30 p.m. start time and then on Sunday travel to Amherstview for a 7:25 p.m. tilt.

The Raiders also announced last week they will be hosting a team fundraising spaghetti dinner, served by the players, on Feb. 2 at the SPC. Tickets are $20 and are available at home games, Bottom Line Accounting, Touch of Wellness or Gray’s IDA.