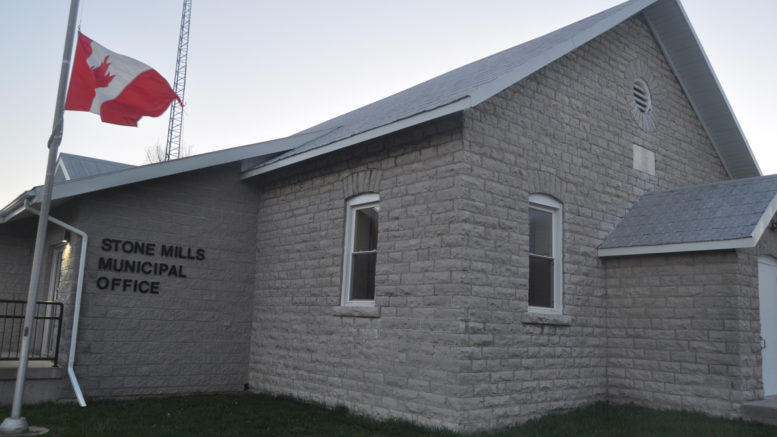 Discussions expected to pick up in coming weeks

Stone Mills Township chief administrative officer Bryan Brooks is hoping to make connections in the coming weeks that might lead to a financial institution locating in Tamworth.

At the Jan. 7 council meeting, Brooks said the township contacted all the chartered banks and three credit unions in response to the CIBC’s November announcement it would close its local branch in July. Just one of the banks — the Bank of Montreal — met with Stone Mills officials, while staff was still waiting for reply from the other financial institutions.

Brooks said he suspects with the holiday season passed, there could be some more dialogue ahead. The Kawartha Credit Union — one of two outfits the township sees as likelier service providers, alongside the Kingston Community Credit Union, for example, advised the township its representative wouldn’t be available until this week to discuss possibilities for the community.

The municipality may also step up its efforts to make connections soon. While it initially approached three credit unions, a subsequent search has produced numerous potential leads.

“What we’re attempting to do is create a blanket form letter and send it to the 47 others listed on the off-chance someone is looking to relocate to eastern Ontario,” he said. “I suspect some discussion in the next couple weeks, then we’ll try to visit some of the locations.”

According to Brooks, there has been some interest from financial companies in taking on Stone Mills’ $8 million in account, but less interest in providing a local full-service bank.

“We have been suggesting to our correspondents that not only are we looking for an institution to service our community, we’re also concerned from our own perspective as to where our services will go,” he said, adding the township has been insinuating that it would like to do its banking locally.

One likely reality that emerged following a meeting with the Bank of Montreal that reeve Eric Smith and deputy reeve John Wise attended alongside Brooks, is that it is not likely anyone is going to want to retrofit a building to become a branch, even if the township supplies the building.

“One of the things that has become clear to us through all the institutions is that there are requirements inside of their corporations requiring aesthetics, security, egress and regress which makes retrofitting a building almost a discussion stopper,” Brooks said. “We’re not expecting anybody to come in and retrofit a building. The credit unions do offer a mobile alternative, which is something we expect could be the next fit.”

He said the township discussed locations other than the existing CIBC building with the Bank of Montreal representatives, including a building the township owns and were told “in such a small community an investment like that is not likely to occur.”

The update came after Tamworth Erinsville Community Development Committee (TECDC) representative Mark Oliver made a deputation urging the township to seek and alternate service provider and to look to a credit union. He supported Stone Mills using its own finances as an enticement, saying that without its active involvement as a client “the likelihood of getting another financial institution coming to our community is very slim.”

Oliver said it would be best for local businesses and residents if a replacement institution could be running at least on a temporary basis prior to the CIBC’s closure and added since credit unions typically rent property anyway, the timing of the sale of the CIBC building might not be critical to the process.

“For the most part, I think I’m preaching to the choir here,” he said as he offered council the TECDC’s full support for the process.