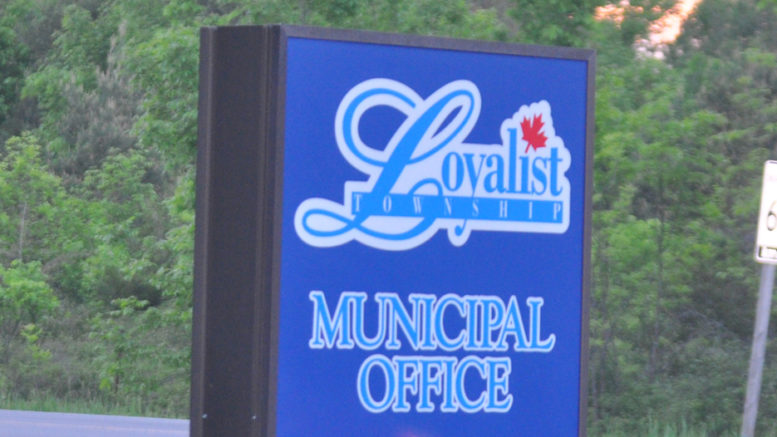 Following a discussion filled mostly with misgivings about the process available to them, Monday, Loyalist Township councillors sided with public opinion and decided to allow future cannabis retail outlets.

Last week, council listened to residents’ opinions at a public meeting. It also received the results of an online survey whereby 67 per cent of the 436 respondents wished the township would opt in by Jan. 22.  Some 55 per cent of survey respondents indicated they had no concerns about cannabis retailing, while the biggest concern — expressed by 37 per cent of respondents — was proximity of stores to sensitive land uses like schools and daycares.

If council chose to opt in, it would receive $17,502 this month and an percentage of  proceeds from future federal excise duty transfers to the province. If  it opted out, it would receive $13,751 and no ongoing revenue. All of the funding is limited to paying for increases in law enforcement, fire and paramedics services, and costs for bylaw and policy development.

Though a motion in favour of opting in  by Ward 3 councillor Mike Budarick ultimately passed, both members supporting and opposing the decision spoke critically of the way cannabis retailing is being rolled out.

Ward 1 councillor Nathan Townend called the province’s approach to regulation a “my-way-or-the-highway” regime and said while he supported legalization and does “not support treating cannabis users any different than I would myself having a glass of Scotch,” he told his fellow councillors he has grave concerns about retail sales falling into private hands.

“For me, this is a public health issue. It should be treated like any mind-altering substance, like alcohol. The province, for a long time, has had good public policy for how we do that,” he said. We have the retailer as well as the wholesaler publicly owned and public managed… In my view to good policy making and public health, I can’t support opting in.”

Deputy-mayor Jamie Hegadorn also had harsh words, but for different reasons. Chief among them was the notion the township would basically be signing away its freedom to comment and control activity within its jurisdiction. He reminded his colleagues of the lack of township planning controls on the recent Amherst Island Wind Project due to the Green Energy Act.

“Earlier, we were dealing with a project where we had no voice in the project. It was completely governed by the province and I think we all know how smoothly that went. I’m not looking forward to just giving away our rights in the future.”

Hegadorn said he’d heard points made by Ward 3 councillors Penny Porter and Ron Gordon in the discussion that by opting out, the township might lose revenue and potential business, but countered by questioning what it is losing. The deputy mayor said he read through the federal and provincial legislation and said all he could find was a commitment to transfer a portion of its 75-per-cent share in excise tax revenues for two years. He also chagrined the limited application of the revenue.

“We won’t be able to put that against general revenues for the benefit of the township,” he said. “Really, all I see is we’re giving up two years of possible revenue to go against a very limited amount of increased costs to be able to give up our rights to try to do our jobs for the residents.”

Mayor Ric Bresee said he had waffled back and forth on the decision several times, largely because the framework continued to change, setting a moving target for municipal politicians looking for answers.

“This has been one of the worst examples of run-and-gun legislation I’ve ever seen. The planning for it has changed numerous times. I sat with the minister in August and he told us a clear plan. It keeps on changing. The dollar values keep on changing. The list of regulations keep on changing,” he said. “There’s this profit, this pot of gold that was initially for whatever we wanted. Right now, clearly, it’s only for a specific set of funding windows. What that statement is next week, I’m not sure. To my mind, this was a carrot to try to entice municipalities to accept this lack of zoning control.”

Ultimately, Bresee said he supports the growth of a legal industry and had decided to vote to opt in.

Gordon said he felt it was responsible to taxpayers to agree to opt in and hoped it would be a positive change.

“Hopefully a retail cannabis situation is better than a black market one and we know that well exists in our township and everywhere as it exists now.”

Budarick referenced the survey results as he concluded: “We are here to serve our constituents.” He said he spoke to friends in law enforcement who reported they hadn’t seen an uptick in crime since legalization. He also agreed with Townend that he’d rather see an LCBO-style model, but said councillors simply didn’t have that choice. Ultimately, he made an economic argument. Though he said it’s unlikely Loyalist will see a retailer soon due to supply and population restraints, one would keep money in the township.

“I’d like to see the money that would be going there go back in our tax base, rather than going 20 minutes down the road…” he said of the Tyendinaga market.