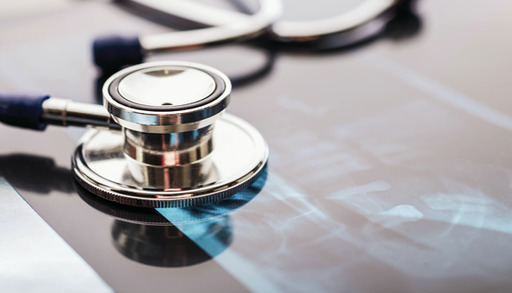 As people in the region struggle to access primary care, telemedicine has come to Loyalist Township.

A company called Good Doctors Medical Inc. has set up walk-in clinics in Bath and in Amherstview that allow patients to connect with physicians in the Greater Toronto Area over a video link.

The clinic located at Bath Pharmasave has been active since Dec. 3. Pharmacist Mitul Pavagadhi says he contacted the company in response to seeing customers struggle to find care.

Good Doctors is approximately three years old and it now has 46 clinics across Ontario. Erin Beecroft-Allin, a registered practical nurse is the care clinic manager for Good Doctors. She says the company started out offering clinics for people in more remote areas and it has branched out into offering kiosk clinics from pharmacies — as is the case in Bath.

Patients are able to call the clinic Monday to Friday to book an appointment. Those with family doctors are encouraged to call their family doctor first. Once a patient arrives at an appointment, Beecroft-Allin says a pharmacy technician can take simple vital information like temperature, pulse, or blood pressure. They link via an iPad to a nurse who can collect more subjective data and, through three-way conferencing, they’re linked with a physician who can prescribe medications or order diagnostic imaging or further tests.

According to Beecroft-Allin, tests for some ailments like strep throat or urinary tract infections can be done on site. More chronic conditions, like respiratory illnesses or infections, aren’t as suitable for the model.

Visits to the clinic are covered by OHIP and the company just directly bills for things that aren’t covered by insurance, like doctors notes, which most physicians charge for. With little overhead, Beecroft-Allin said it’s also affordable for partners to host clinics.

“We’ve found it’s very popular with smaller pharmacies in smaller areas and with geriatric people who don’t want to drive 30 minutes when they simply need a prescription refilled,” she said.

The company has a roster of close to 40 doctors, most in the Greater Toronto Area. Beecroft-Allin said there’s a range of physicians who are specialists, who run their own primary care clinics, who serve in emergency rooms, and who teach. Seven or eight are on any given day.

In the first week in Bath, Beecroft-Allin said the clinic has served about seven patients a day. At a Belleville location, which has been open since last year, a nurse that’s physically in the clinic has seen 240 patients over a three-week period, while remote nurses have seen 146. On average, the company’s doctors see a minimum of 5,000 patients a month.

Pavagadhi says he believes the clinic will be a positive addition to his store that will increase foot traffic. With pharmacy services and a foot care nurse also on site, he hopes he’s been able to create a one-stop service centre.

Asked if she believes her business is the future of rural medicine, Beecroft-Allin said she believes it’s “up-and-coming.”

In two-and-a-half years with her company, she said she’s seen a lot of positive change.

“I believe in telemedicine. I believe in servicing under-serviced patients. I would like to see more physical primary care services in a lot communities and I’d love for everyone to have a family doctor. If we can step in and help in the meantime, I’m all for telemedicine.”

Asked about the concept, Lennox and Addington County General Hospital chief of staff Kim Morrison conceded  it “fills a need for some people” but added “it doesn’t replace regular primary care.”

Morrison said the mere existence of the clinic certainly doesn’t negate efforts to bring family physicians to the region, but cautioned that under Ontario’s compensation regimen family doctors are penalized and lose an access bonus when their rostered patients go to walk-in clinics. She said that might be a disincentive for some.  She also cautioned that the use of telemedicine means a doctor can’t look in a patient’s throat or listen to their ears or chest. They also may not have access to detailed medical  histories, limiting the function of the clinic.

She said she’d prefer to see enough local family doctors so that everyone can have one and hoped the clinic would encourage its patients to call Health Care Connect to ensure the Ministry of Health and Long-Term Care recognizes the ongoing need for care in Napanee and the surrounding rural areas.

Loyalist Township Mayor Ric Bresee said he had learned a bit about the clinics on Facebook and was hoping to find out more about what they can offer residents in his municipality. He told the Beaver “it seems like a great addition, but I would not want it to replace a full clinical service.”

To book an appointment in Bath or in Amherstview, prospective patients can call 1-888-818-3254 Monday to Friday.