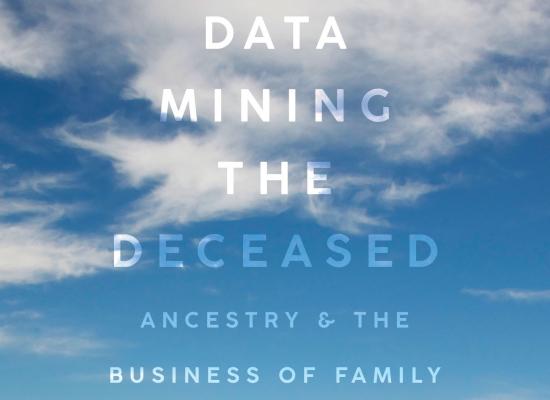 A modern concept will be applied to the distant past this Saturday as the Lennox and Addington County Museum and Archives screens the documentary film titled Data Mining the Deceased.

Starting at 10 a.m., the film will be followed by a question and answer with Julia Creet, director and producer of the film, as well as an Associate Professor of English at York University.

“She’s a genealogist and produced and directed the documentary,” explains Lisa Lawlis, archivist with the L&A County Museum and Archives. “She’ll be coming in to show the documentary and then she’ll be doing a question and answer afterwards so if people have questions about getting their ancestry tested online, she’ll be happy to answer those questions.”

The documentary should be on particular interest to people in this region, as the area is ripe with Loyalist ties and plenty of documentation to trace those roots.

“There’s such a strong local genealogy community here,” said Lawlis. “What’s been really surprising to me is the amount of distance genealogy requests I get. People who have ancestors from this area are contacting us from places like Minnesota, Tennessee, New York State, people from B.C.”

Lawlis says through the use of online databases, she’s often able to locate birth, marriage and death certificates from the 1800s. In some cases, they will even uncover a newspaper clipping that mentions the relative.

Admission to Saturday’s screening are $3 and will be sold at the Museum and Archives door. For anyone interested in further researching their own family history, they can call 613-354-3027 ext. 3515.