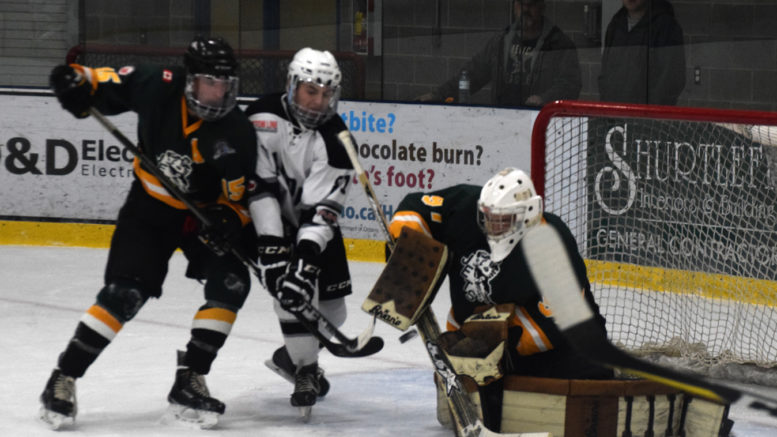 Griffen Conger (centre) was traded to the Picton Pirates prior to the start of the season. File photo.

Prior to squaring off on the ice on opening night last Friday, the Napanee Raiders and Picton Pirates came together to work out a trade.

Headed over the Skyway Bridge to the county was Griffen Conger while Bailey Matthews became a member of the Raiders.

Napanee also received a player development fee in the deal. Both players are forwards.

Conger, a native of Deseronto, spent two seasons with the Raiders. Last year he had 21 goals and 20 assists in 39 games played.

Matthews, a native of Stirling, had six goals and 10 assists with the Pirates last season. Prior to suiting up for Picton he was a product of the Quinte Red Devils AAA organization.

While neither player did any damage against his former team in Friday’s opener, Matthews did pick up an assist in Napanee’s 10-0 win over Port Hope.