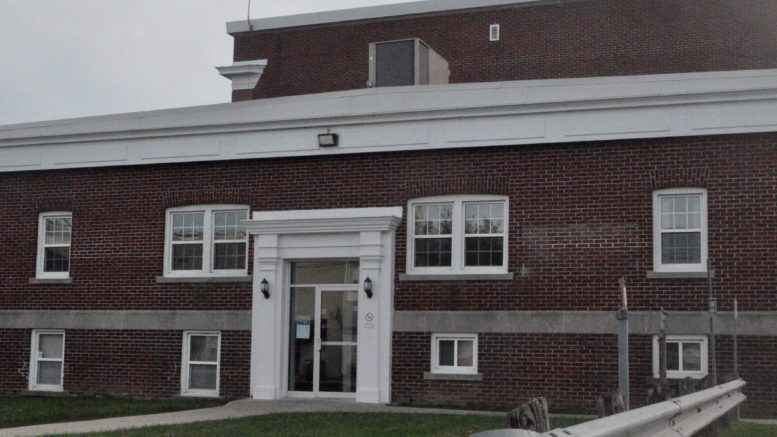 Two-year pilot program to address root cause of homelessness

Pending approval from Lennox and Addington council, the County Memorial Building on Dundas Street could house a youth services hub for the duration of a two-year pilot project.

Late last year, the Kingston, Frontenac, Lennox and Addington United Way consulted with over 100 youth as well as service providers. It discovered vulnerable youth want to be able to access support services in areas like conflict resolution, mental health, and addictions closer to home. In some cases, it was felt that earlier intervention of those services may reduce instances of homelessness.

With 16 homeless youth in a recent Kingston homelessness enumeration in March identifying themselves as Lennox and Addington residents and another six youth still attending school in local communities identified as “precariously housed,” the Lennox and Addington County Rural Homelessness Committee (LACRHC) began looking for ways to provide those services and supports in one location.

They looked to the One Roof Kingston Youth Services Hub as a potential model. Funded through the United Way and government granting, the hub brought together 12 partner agencies last October to offer collaborative support, programming, and workshops for youth 16-24 at one Barrie Street location. A year later, 22 agencies are involved and programs are well subscribed. “When you’re 16, you don’t know what to do if you’re struggling. Sometimes, you end up not getting help because you don’t know where to go,” she said. “We’re hoping to have one central spot. We tried it out in Kingston with the One Roof opening in October. It has been really successful. We’ve had 115 unique youth coming through the doors and accessing a number of services.”

Varma said the model not only allowed youth more awareness of the services available to them, it has also helped the agencies provide more effective referrals due to their close partnership with other service providers.

The LACRHC has partnered with Prince Edward-Lennox and Addington Social Services and the United Way, while taking direction from One Roof co-ordinators Home Base Housing to emulate the model. In a few short months, 14 service agencies have offered to participate, the United Way approved a commitment of $45,000 over two years, and PELASS would offer $10,000 annually for two years on the County’s behalf with funds available from the provincially allocated Community Homelessness Prevention Initiative. The Kingston Community Health Centre has committed to funding 20-25 hours weekly for a dedicated co-ordinator.

Among other service providers involved are KFL&A Family and Children’s Services, the Maltby Centre (a mental health and autism services provider), Addictions and Mental Health Services, the Morningstar Mission, the Mohawks of the Bay of Quinte, both the Limestone and Algonquin-Lakeshore school boards, the OPP, Caerer Edge, the Kingston Youth Shelter, Youth Diversion, Youth 2 Kingston and Pathways Light.

LACRHC is seeking to house the facility in the space previously occupied by Kingston,Frontenac, Lennox and Addington Public Health at the County Memorial Building because it has separate private offices for the partner agencies, a large group space for meetings, and a private entrance. A commitment from the health unit to leave its furnishings behind is another plus at the site.

“The concept is that if we get this space, PELASS and the United Way would support the location and we would pilot it for two years to learn more,” Varma said, adding the co-ordinator’s position is nearly defined and minimal renovations are needed. Novelis will provide labour and funding to build a kitchen space, while Goodyear Napanee employees will volunteer with painting and other minor renovations.

Annette Keogh, a social housing manager with PELASS, told council the move is a step toward addressing homelessness.

“The services that are going to be in the hub if it’s approved are currently provided, often, in Kingston or elsewhere — sometimes beyond Kingston. It keeps families and youth in our communities. They aren’t leaving the community to access services elsewhere,” Keogh said. “We’re looking to address a growing need. We saw in our own enumeration we had a lot more (homeless) youth than we thought we did — and youth underreport. If they’re sleeping on a couch, they don’t consider themselves homeless. We do have a growing issue in Lennox and Addington and this could be the start of addressing that.”

Stone Mills councillor Wenda LaLande questioned the appropriateness of the County Memorial Building location in the downtown core in close proximity to methadone clinics and some possible negative lifestyle influences.

“I would question the location. I would consider going maybe toward the high school, out by the the hospital, or maybe even in the industrial park somewhere,” she said.

Varma said in Kingston, many of the youth are already street involved and by coming to the hub, they’ve been able to turn their lives around to get treatments they’d never thought of receiving. She also reminded councillors that the hub won’t be a place for people to hang around.

“This is not a drop-in, it’s a safe space where they can access services.”

Brittany Couto, a community development worker at the Napanee Area Community Health Centre who had been involved with the Chill Zone drop-in program, also spoke in support of locating the hub at the County Memorial Building.

“It’s actually the most ideal location for this. Many social services are downtown and we’re looking for direct access to services for these youth. Regardless of where the location is, if you are going to find this negative behaviour, they’re going to find it. There’s nothing we can do to stop that. We’re just encouraging them to access services and we’re meeting them where they’re at. Youth are already hanging around downtown. They’re already in that prime location. We’re just trying to make this as barrier-free as possible.”

Couto added it is beneficial for the Community Health Centre to have the hub facility located right across the street because the proximity allows easy access to medical attention from the likes of nurse practitioners, social workers, or practical assistance workers at the facility. Service providers like Addictions and Mental Health and Peer 17 are also within close proximity.

Loyalist councillor James Hegadorn asked whether the United Way would be prepared to continue the program after the two-year pilot period. Varma said she couldn’t speak for her board, but said typically the organization likes to fund long-term programs. She said it’s important that as a new program, measurements are set to ensure the hub is working as intended.

Council’s decision could come as early as next week when it is scheduled to decide how to utilize the 2,200-square-foot space Public Health had been renting at an annual cost of $45,000, including utilities. Upon advertisement of the space, the County received two expressions of interest, one for the youth hub and one from legal firm I. David Isbester & Associates to rent the space for $26,484 per year, including utilities, over a five-year term.

“I agree with the youth hub, but I’m disagreeing with the location when we have a person wanting to pay us rent on the Memorial Building. At the end of the day, if the library can be used as a youth hub, that’s what I want to know,” he said.

Council received the report about the youth hub without taking direction. It also directed staff to bring back information about the library building, which is owned by the Town of Greater Napanee and other potential spaces to accommodate either proposal.

Greater Napanee councillor Marg Isbester declared a conflict of interest at the beginning of the meeting and was not present for the discussion.