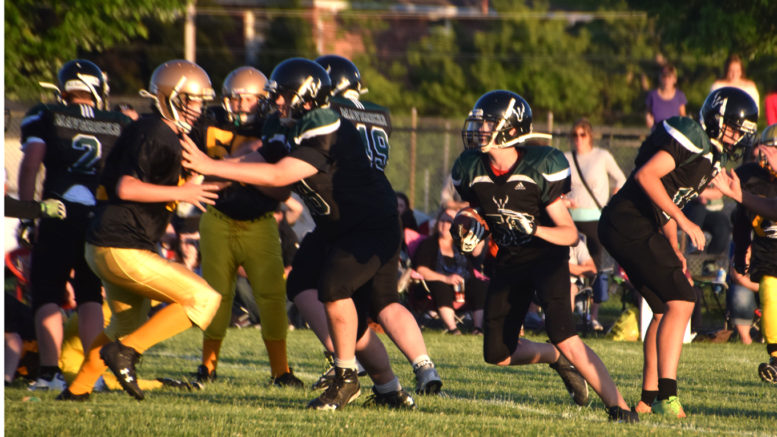 Mason Arthur (centre) of the Loyalist Mavericks runs the ball while his teammates block for him during Friday's Belleville Minor Football League game, held at NDSS. Photo by Adam Prudhomme.

It was a playoff preview under the lights Friday night at NDSS as the Loyalist Mavericks hosted the Trenton Tigers to close out the Belleville Minor Football regular season.

Both teams traded early touchdowns before the Tigers defense tightened up and shutdown the Mavericks offense en route to a 27-6 victory.

Drayden Haller had the lone touchdown for the Mavericks, earning him player of the game honours. 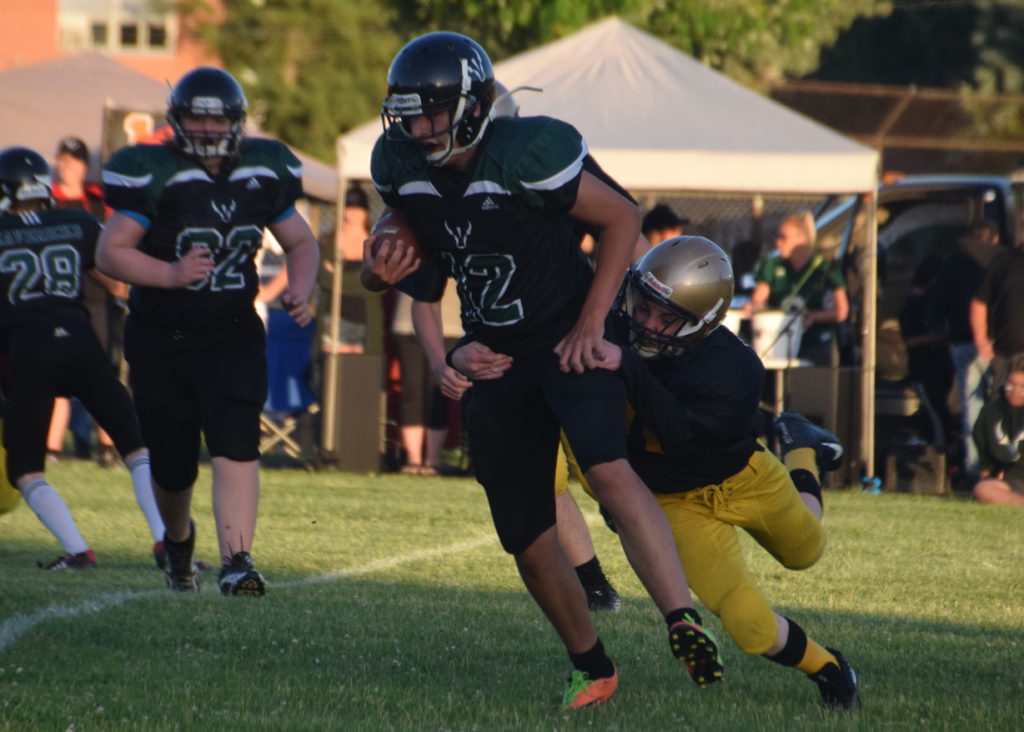 Drayden Haller picks up some yards for the Mavericks. Photo by Adam Prudhomme.

The Mavericks expressed their thanks to the Napanee community as a large number of fans turned up for the pre-game tailgating activities and the game itself. NDSS Golden Hawk sideline cheerleaders kept the crowd energized throughout the game.

Prior to the opening kickoff, both teams were piped onto the field as part of the pre-game ceremonies.

These two teams will meet again this weekend in the D division championship which will be played at Belleville’s Mary Anne Sills field.

The Belleville Minor Football League serves as a feeder program for area high schools, allowing players in Grades 6 through 8 a chance to learn the fundamentals of tackle football. The Mavericks train throughout the season at NDSS.