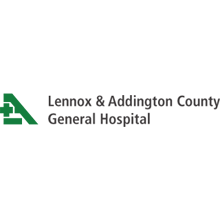 Expectations are the Lennox and Addington County General Hospital will receive an immediate benefit from the provincial government’s budget commitment to boost funding, but full details are still forthcoming.

Chief administrative officer Wayne Coveyduck told the Beaver the hospital has received a verbal comment it would be receiving an additional $442,000, which represents a two-per-cent increase in its base funding though it has yet to receive a formal letter from the Ministry of Health confirming the allocation or any stipulations on the money.

“We still don’t have the official letter. All we got is the notice that everybody got,” Coveyduck said. “It’s the same as everybody in the province. As much as some have said ‘This is great news,’ there’s no detail that has come out for anybody that we’re aware of.”

Hospitals across Ontario were to receive $822 million in additional funds for the coming fiscal year as part of a commitment to increase funding by 4.6 per cent this fiscal year.