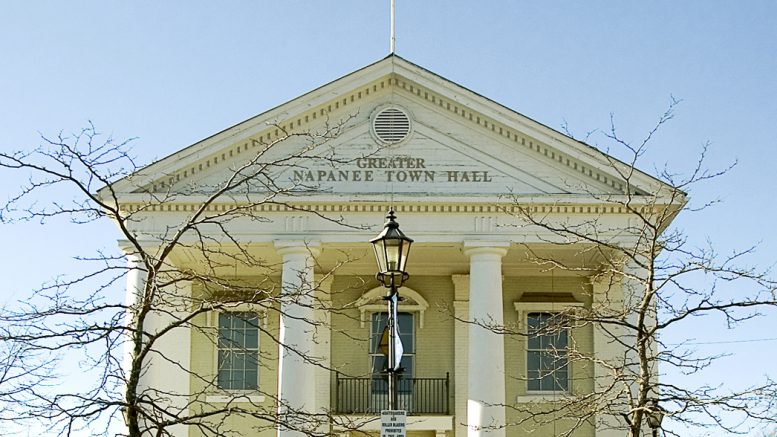 Six households along Palace Road could be facing expropriation in the near future as the Ministry of Transportation of Ontario and the engineering company AECOM work towards reconstructing the 401 interchanges at that exit.

That news came as a surprise to Greater Napanee council last Tuesday, as it came straight from a potentially affected homeowner, and not an MTO representative during their presentation earlier in the meeting.

That bit of information was noticeably absent during the deputation, which included 20-plus slides that highlighted the MTO and AECOM’s preferred option for interchange upgrades. Along with Palace Road, upgrades to the County Road 41 interchange is also in the development phase.

While the final plans are yet to be finalized, council heard Palace Road homeowners have already received expropriation notices.

“I’m upset on behalf of this couple,” councillor Max Kaiser said in reference to a homeowner who spoke at the meeting. “We have these people in the room giving us a deputation about time lines, preliminary discussions, then we find out that these people have an expropriation notice. They’ve just gone through the process of buying the land and building a brand new house, now that’s all being thrown up in the air. I can’t imagine what they’re going through.”

The homeowners said the notice came after they had reached out to the MTO to see what kind of financial compensation they’d receive should their property value go down following the construction of the new exit. Homeowners have already expressed concern over increased traffic, noise and safety should the exit be moved closer to their homes.

“When I heard this, it upset me as well,” added councillor Roger Cole, who was further surprised to learn the notices came ‘out of the blue’.

“There is no statistical problem with accidents at this interchange,” added councillor Shaune Lucas, who questioned whether the preferred option, which included building a bridge over Selby Creek, was the best one. “What I heard tonight was (accident numbers) was within the realm of course.”

“I don’t like the heavy handed tactics that have been imposed on these people,” added Lucas. “Especially when they didn’t even admit it.”

Before the discussion went much further, Mayor Gord Schermerhorn suggested a motion that would see councillor Kaiser and town CAO Ray Callery meet with the MTO on behalf of the residents. He cited a desire to not want to ‘burn any bridges’ before discussing the matter with the province.

“Let’s have the meeting with Kathy Moore (regional director of the MTO) and see where we can go with that,” said Schermerhorn.

The motion was unanimously carried.