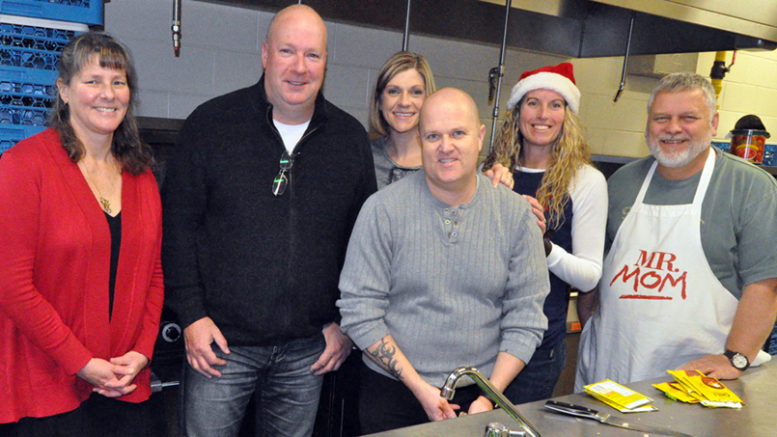 Finnegan announced his retirement at a pre-Christmas dinner he held for officers and community partners at the Strathcona Paper Centre. He has accepted an offer to teach police foundations at Loyalist College.

“I’ve been teaching part time, just one night a week for the past two years. I wasn’t sure what the students would be like. They’ve been very respectful, very engaging, and I’ve had a blast,” he said. “There’s an opportunity to be there right now so I’m going to take it. I want to work another 10-15 years and it’s a chance to engage those kids with what I’ve learned over the past 30 years and keep it relevant.”

Finnegan moves on buoyed by the success of an initiative called the situation table, a concept he helped develop two years ago. It brings police together face-to-face with community partners in an effort to solve potential crisis situations before they escalate in the community. He said the collaborative approach represented a real change in safety and crime prevention locally as police didn’t feel on their own.

Finnegan grew up in Prince Edward County. From an early age, he said he thought policing would be an ideal field as his parents Leo and Maureen raised him with a sense of civic responsibility. He also liked the varied challenges it posed.

“I grew up in a Catholic family, and I used to say police work was like the priesthood to me. It wasn’t a career, it was a calling. I wanted to do it for all the corny reasons — to help people, save the world, and put people’s lives back together again. I also knew I wanted to work outdoors, but didn’t want to be outdoors all the time. I wanted a changing environment and wanted to not be able to predict what each day would be like.”

In Aug. 1987 after completing police college, Finnegan received his first OPP post in Iroquois Falls, northeast of Timmins. In the predominantly French mining and pulp and paper town, the young man who had never been north of Bancroft cut his teeth on the beat. He enjoyed the chance to build his own reputation in an unknown area.

Four years later, Finnegan came back to the area with a posting at Kingston Township but he soon became disenfranchised with the routine of domestics, accidents, break-ins, and shoplifters. He applied for a position in the crime unit and was successful in becoming a detective-constable.

Finnegan had a chance to work on multi-jurisdictional cases with the RCMP and other municipal police forces. That experience brought him to one of the highlights of his career, part of a team that successfully put James Wall behind bars for the brutal murder and dismemberment of Jutta Weber in 1987.

“We worked so hard for two years,” he recalled. “To have people that you didn’t know lining up as you exited the courtroom to shake your hand, hug you and thank you, it really felt like justice was served at a high level.”

Finnegan spent some time on a special health fraud unit, but felt eager to return to crime and was picked to head the crime unit as a detective-sergeant at  the Quinte West detachment when the OPP took on the contract there.

After two or three years, he was promoted to a position overseeing major crime across several detachments.

After about 18 months, Finnegan recalls a phone call from Superintendent Leo Sweeney that then-Napanee detachment commander Ron Van Straalen accepted a lateral transfer and an acting detachment commander was needed here in 2007.  At that time, a busy detachment was even busier as tensions were high with protests on the Tyendinaga Mohawk Territory. It appeared to be a difficult assignment.

“I said ‘Who are you going to get to do that, and he said ‘Well, I thought you,’Finnegan recalled, noting he said he’d do it, but wasn’t really interested in the job or going back to uniform policing.

That quality of life meant he’d be home more with his wife and three children. Finnegan decided he’d compete for the job full time and if he got it, he got it. Finnegan earned his spot permanently and grew into the role.

One of his first priorities was improving relationships in Tyendinaga. Fortunately, Ron Maracle was also a new face as the chief of the Tyendinaga Police and there was a chance to start over.

“When I arrived, the relationship with the Tyendinaga police and our officers wasn’t very good. There was a very low trust,” Finnegan recalled. He and Maracle met with each other and put everything on the table. There would be no secrets as they pledged to work with one another. The efforts were viewed as a success and the two men shared the OPP’s Jim Potts Award for relationship building and service beyond the call of duty to Aboriginal communities.

“It was kind of neat to be recognized for relationship building,” Finnegan said. “I’ve been a terrible administrator. My inbox was always full. Shuffling papers wasn’t what I was good at. It was people and building those relationships. Looking back, I guess that’s why they picked a guy out of crime and said ‘We think you’re right for this.’”

Another challenge of running the Napanee detachment is the long stretch of Hwy 401 its officers patrol.

“I say to people all the time, personally, I’d rather face a man with a knife than go out on that highway in a snowstorm,” Finnegan said. He noted it’s been tough as a leader seeing his officers having to respond there or to incidents like the Hydro One helicopter crash that left four dead near Tweed last month.

“We send people to those types of things and they come back and are expected to carry on as if nothing happened. It’s a tough gig and it takes its toll. It takes the right type of person to move through that and have the resiliency to survive.”

Years on the road haven’t left Finnegan bitter or cynical, he said. He adds the situation table model and community collaboration has really allowed him to put a positive spin on police work.

“That got me engaged again with community folks. There’s a switch that says ‘This feels right, this is what I want to do, and what I signed up for in the first place,’” he said.

Finnegan hopes to share that message that police must be on the same team as the community with his young proteges at the college. That’s also what he wants his colleagues to remember in his stead.

“The us versus them is no longer. That doesn’t work. We’re important members of communities, people expect a lot from us.”

Dealing with crime, he said, should only be a small part of the job.

“We are the concierges of Ontario. Our role is to make sure our guests have an absolutely fabulous stay in our hotel. Every now and then, there’s a guest that has to be removed from our hotel and that’s an absolutely different level of engagement,” he said. “When we’re not in that mode, it shouldn’t feel like that.”

Finnegan plans to continue to co-chair the Lennox and Addington situation table in a volunteer capacity and he will also help Greater Napanee develop its community safety and wellbeing plan.