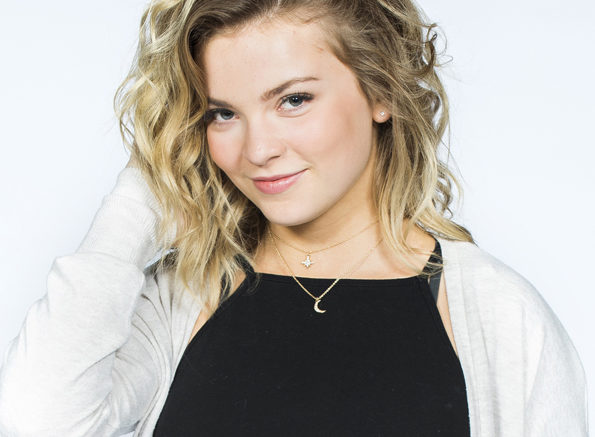 Tyendinaga’s Noelle Maracle (pictured) had the opportunity to work with Julia Michaels, which will be shown on an upcoming episode of The Launch.

Tyendinaga’s Noelle Maracle will be featured on televisions across Canada next month as she attempts to create the next hit single as part of CTV’s new show The Launch, which premieres Jan. 10.

Filmed in Toronto this past fall, the show features 30 unsigned Canadian artists deemed to be on the cusp of stardom. They were paired with some of the biggest names in music such as Shania Twain, Boy George, Julia Michaels, Fergie, Alessia Cara and Nikki Sixx. Broken down into groups of five, the aspiring artists were given 48 hours to write and perform an original song. Their goal is to be the one their mentor selects to have their song released across Canada following the broadcast of each week’s episode.

The premise of the show is to create a new hit single while launching the career of the next Canadian superstar.

“My amazing mentors were Ian Kirkpatrick, the songwriter and producer, and Julia Michaels, singer, songwriter,” said Maracle, who is 16 years old. “The two songs I chose to sing, not knowing who my mentors were, were “New Rules,” which Ian wrote, and “Issues,” which is Julia’s big single that she wrote. So I went in and was like ‘Guys I’m going to be singing your songs to you’. It was super cool.”

Though she couldn’t divulge any results from The Launch, she was able to talk a bit about her time on the show.

“It was a super fun experience,” she said. “Some of the highlights were meeting Scott (Borchetta, an American record executive, best known for discovering Taylor Swift). Probably my favourite part was working with the band because they’re all such talented musicians. We had a lot of fun together just jamming out.”

She says the whole experience was great for her development as an artist.

“The show was a really great opportunity to get to know the business,” she added. “In a few years I hope to be writing songs for myself and writing songs for other artists. I hope to see myself out there in Toronto, L.A. and the music world, doing what I love.”

Maracle has already begun to make a name for herself, having won YTV’s Virtual Star at age 8. Her YouTube channel has also garnered 27 million views with 92,000 subscribers.

“My dad actually has a recording studio in our basement,” said Maracle. “I’ve grown up in the studio recording covers and writing and everything. That’s been very, very helpful.”

Her pairing on The Launch couldn’t have been any more perfect, as she hopes to follow a very similar path to Michaels.

“She’s also behind the scenes doing a lot of writing of hit singles for a lot of big artists,” said Maracle. “She’s also got her own EP. That’s exactly what I’d like to be doing in the future.”

As word of her upcoming appearance on the show has spread, she says she’s received plenty of support from the community.

“I’m really happy to be representing my small area and everybody around here,” she said. “Everybody’s been super supportive.”

A teaser for the show, as well as a bio on Maracle, can be found at www.ctv.ca/thelaunch.