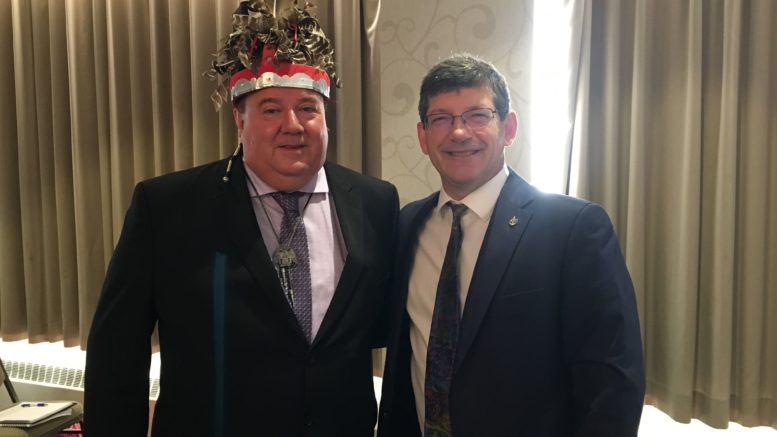 Longtime Mohawks of the Bay of Quinte chief R. Donald Maracle has been re-elected for another two-year term after band council elections Dec. 9.

Maracle, who has served as chief for 24 years and was a councillor for 12 years before that, retained his position with votes from 726 band members. Challengers Brenda Green-Edwards and Balin Hill received 106 and 25 votes respectively.

There will also be just one new face on the band council until 2019 as incumbents Carl Maracle, Debra Vincent, and Stacia Lott were each returned to office.  The fourth member, Doug Maracle, was not on the ballot this time around.

Josh Hill, who missed out on a council seat in 2015 by 34 votes, was the top vote-getter among those running for council with 505 votes.  Loft retained her seat by the slimmed of margins as she defeated fifth-place finisher Christopher M. Maracle by one vote. A recount was held Monday to verify the vote totals.