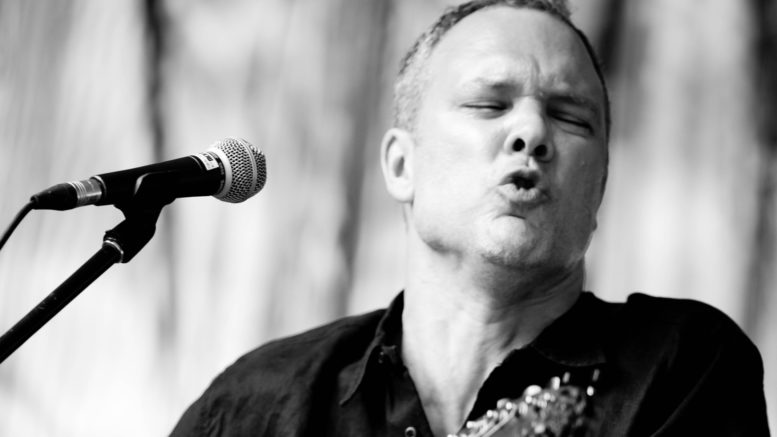 Rob Lutes be at Ellena's Cafe on Dec. 3 to mark the return of the Star Stop Concert Series.

Montreal blues-folk-Americana artist Rob Lutes will close out the 2017 season of the Starstop Series with a Dec. 7 performance at Ellena’s Cafe at 7 p.m.

Lutes is currently on tour in support of his seventh studio album, Walk in the Dark, which follows closely along with his previous six releases.

“I pull from my own life, but in all different aspects,” Lutes says of the songwriting process of his latest album. “There’s a song here that I wrote after seeing James Cotton in concert called “There’s No Way To Tell You That Tonight.” I was just so moved by his performance and it just intersected with something I was dealing with and the song came out rather quickly.

The song “Walk in the Dark,” the title track, was inspired during a sound check and this progression came out and this line about being able to walk in the dark. I grew up in New Brunswick in a small town. It was about that feeling when you leave a party or a gathering of people and you leave the house after this noise and intensity. I lived a little bit further away from where these things would happen and I would leave and have a fairly long walk and it was just this calm you’d have after a party where you can really reflect on things and the song is about how we really never know what’s coming next.”

Though he draws from his own life, he strives to write songs that are relatable for all listeners.

“There’s personal origins to a song but I really try to bring it to a place where everyone can relate,” said Lutes. “I think that’s really the secret of great songwriting is everyone’s got to hear themselves in a song or find themselves.”

He says one of his biggest joys as a musician is having strangers tell him how much their song speaks to them or has helped them through a difficult time.

Though he enlisted the help of several musicians to record his latest record, in Napanee he’ll be a one-man show.

“I’ll definitely focus on this record but I mix it up,” he says of his plans for the Dec. 7 show. “I mix in a few of what I think are well chosen covers that reflect my influences and I go right back to the 1920s and to the ‘70s.”

He likes to look at his performances as just a conversation with the audience, with a few jokes here and there as well.

Walk in the Dark can be heard on his website at www.roblutes.com.

Admission is $20 and tickets are on sale now at Ellena’s Cafe, Marie’s Place or online at www.starstop.ca.