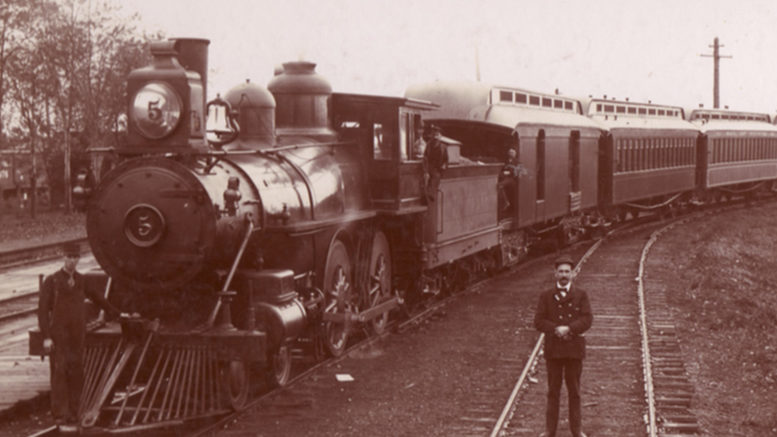 Lennox and Addington County’s earliest transportation methods will be the topic of discussion at next week’s Tuesday Night at The Museum.

Author, photographer and archaeologist Steve Manders will present ‘The First Spike,’ which will cover the very early days’ ‘spacial dynamics’, which looks at how transportation evolved with the industry of the time.

“The time frame is the very earliest transportation, even going back to Champlain, and working my way up to 1900,” said Manders. “(The presentation will cover) a lot of the native canoe routes, early logging routes which then evolved into the earliest roads, floating log bridges, corduroy roads and then along came the early days of the train.”

The topic is of great interest to Manders, who has spent much of his retirement kayaking deep into the river ways of eastern Ontario in search of old logging sites, abandoned train stations and school houses. His passion is finding ‘the first spike’ of old rain lines that have long since been forgotten. He’s compiled his findings and photographs into a book by that same The First Spike title, which will be available for sale at his presentation.

“I’ve tracked down 62 ghost railways, those are railways that operated in eastern Ontario, east of Toronto, east of Georgian Bay, south of the Ottawa River,” said Manders. “There are 75 still standing original train stations, many of them now used as homes. By ‘still standing’ I mean that 99 per cent of them are gone so finding the ones that are still standing is no small task.”

Much of his presentation is based on research he’s done himself, hiking or kayaking to abandoned sites and not simply reading through old archives. He’d led several historical digs, with plans to do another one later this month at the site of an old logging company in Cloyne.

He says he’ll tailor Tuesday’s presentation to cover the history of L&A’s early transportation, delving into the history of early logging companies from Deseronto and Cloyne. His power point presentation will include several photographs he’s taken during his excursions into forgotten historical sites, way off the beaten path.

He’ll also speak to the early days of the railway system, when businessmen got together and decided to clear cut a forest and build tracks in hopes of finding a mother load of precious irons and timber hidden deep in the woods. He’ll cover what was there 150 years ago and what still remains today.

Admission to his presentation is $3 at the museum door, which is located at 97 Thomas Street E in Napanee.