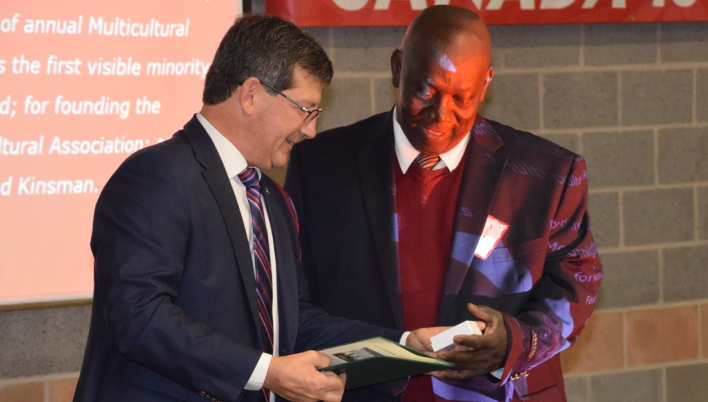 While the devastation of Hurricane Irma happened thousands of kilometres away, its impact was still being felt in Napanee.

Cortwright Christian, a Napanee resident and founder of the Napanee Multicultural Festival, was born in Antigua and Barbuda, a Caribbean island nation that was among those locations hit hardest by the hurricane. It was estimated that more than 90 per cent of the buildings on Barbuda were damaged or destroyed by the deadly storm.

“My sister is still in Antigua, and I’ve been talking to her and friends on a regular basis,” said Christian, who though a native of Antigua spent a great deal of time in Barbuda. “Things are desperate, and especially for the people who had to be removed from Barbuda. They have been transferred to Antigua because there’s no way they could live there. Basically, it’s one of those things (where) they need everything. The Antiguans are sharing what they have with the Barbudans to make sure that people can survive, but all these things have to be replaced. Plus, Antigua has so much damage itself.”

Christian — who was honoured with a special Canada 150 medal on Monday night — is now in the process of collecting donations to help pay for critical supplies needed in the nation of his birth. Christian says that while financial donations are preferred, items are currently being collected and stored at St. Mary Magdalene Church in Napanee.

Christian says there are two ways to donate. First is to send money directly to the Antigua and Barbuda Emergency Relief Fund, which is a registered charity; donations can be made through the RBC, Transit No. 06402, Account No. 1005040. The Napanee and Area Multicultural Association has also established an Antigua and Barbuda account with RBC which Christian says can measure the local response to the crisis. Charitable receipts are available through either method, he says.

Anyone requiring more information can also contact Christian at 613-354-6263.