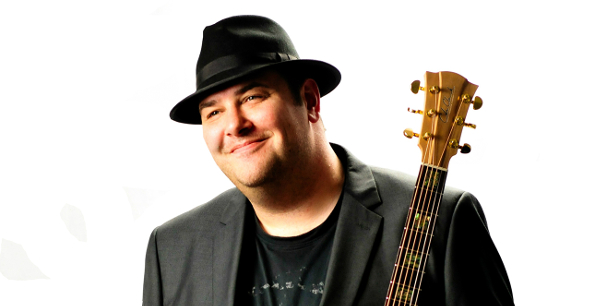 Lloyd Spiegel is the next artist to take the stage in Napanee as part of the Starstop Series. Spiegel performs this coming Wednesday. (Submitted photo)

Lloyd Spiegel will carry with him the distinction as the furthest travelled guest to ever play the Starstop Series when he takes the stage at Napanee’s Ellena’s Cafe next Wednesday.

The Australian blues specialist will bring his lightning quick guitar playing abilities and powerful voice to Napanee as he drops by in the midsts of a Canadian tour.

Since the age of 13, Spiegel has toured the world with his guitar, making stops in Europe, New Zealand, Japan and the United States, sharing the billing with the likes of Ray Charles, Bob Dylan and Etta James.

His recent release, This Time Tomorrow, was the ninth album of his career and contains 10 songs that were inspired by tours through the U.S., Central America and Europe. His previous release, 2015’s Double Live Set, peaked at number seven on the Australian Independent charts and number one on the Australian Blues/Roots charts, taking home four Australian Blues Music Awards in the process.

While his singing and songwriting has earned him accolades, so too has his strumming. He was just recently named one of Australian Guitar Magazine’s Top 50 Australian guitarist of all time.

He took his passion for the instrument to a new level when he worked with Cole Clark Guitars to design two signature guitars, which the Australian-based company now sells worldwide.

Spiegel has also spent a lot of time working with younger Australian blues artists, evening earning the title of ambassador for the Australian Blues Music Festival from 2005-2008. He’s taken several young artists under his wing, many of which have gone on to earn awards and accolades of their own.

Tickets for his show in Napanee are $20 each and available at www.star­stop.ca/tickets. His show will begin at 7:30 p.m.