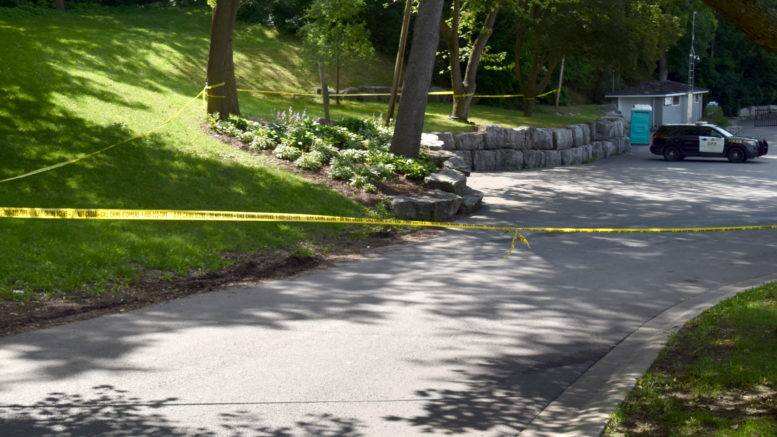 A woman was sent to hospital following what OPP called a "serious incident" in Springside Park this morning. A man is in custody and faces numerous charges.

A man is in police custody tonight facing numerous charges — including attempted murder — following an incident in Springside Park in Napanee early this morning.

At 6 a.m., officers with the Napanee OPP were called to the park regarding a report of a woman in distress. Officers located the woman, seriously injured, downtown. She was taken to hospital by ambulance. The OPP say the woman provided police with the name and description of the man who attacked her. OPP say they located the suspect at Springside Park.

The man was arrested at the scene and transported to the Napanee OPP detachment. Evidence was collected at the park by the Napanee Crime Unit and the OPP Forensic Identification Services. The lower parking lot at Springside Park was closed, and it remained closed to the public as of 5:20 p.m. today.

The police said their investigation suggests that the man and his 35-year-old wife were involved in an altercation that resulted in the man causing the woman injury.

The male has been charged with the following: two counts of assault, assault with a weapon, attempt murder, arson – disregard for human life; forcible confinement; counselling an indictable offence which is not committed

The female victim was later released from hospital, police said.

The OPP say that the investigation is ongoing at this time, but that they are not seeking any further suspects.

Updated:  The accused attended provincial court for a bail hearing Monday in Napanee; he was held in custody and will make his next appearance this Friday morning. There was a publication ban imposed by the court to protect the identity of the victim.