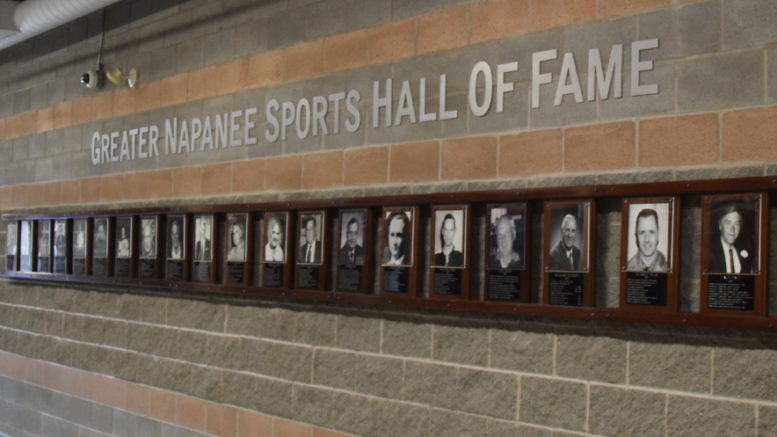 Dormant for the last decade, Greater Napanee’s Sports Hall of Fame may soon welcome some new names to its collection of local icons.

Speaking to Greater Napanee council on Tuesday, Pam McCracken expressed a desire to seek nominations for the next class that would have a plaque hung at the Strathcona Paper Centre in their honour.

“Our proposal is to modify it and make the criteria for being nominated up to date to reflect the current Town of Greater Napanee and advertise for nominations,” said McCracken.

She says the parameters, which currently state the nominee must be a resident of Greater Napanee for a period of 25 years, have made a contribution to sport in the community and be at least 50 years or older, would be updated to reflect amalgamation.

A 12-person committee has been formed which is comprised of five members currently in the hall of fame. Deputy Mayor Marg Isbester has agreed to facilitate the committee, though she will hold no voting power.

Council agreed to support McCracken’s motion, which was that the committee would accept nominations and announce their selections this fall at the mayor’s levee.

“It’s been 10 years since we’ve had any induction,” said McCracken. “After 10 years of being quiet the Napanee Sports Hall of Fame has been resurrected.”