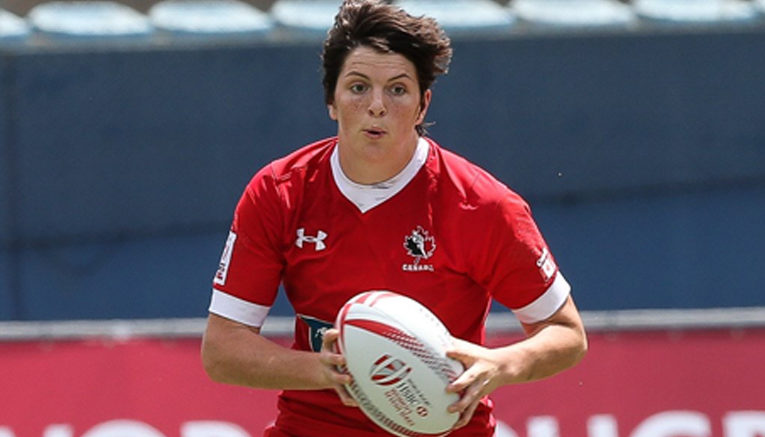 The 28-year-old Napanee native earned the nod as one of the top seven performers at the tournament, which was held over the weekend in Clermont, France. She was joined by teammate Ghislaine Landry as the only Canadians named to the all-star team.

Canada’s rugby team capped the tournament with a 36-7 victory over the host team to capture the bronze medal. Third place is also where the Canadians finished up on the season, earning 98 points over the six series stops, which took place in the United Arab Emirates, Australia, the U.S., Japan and Canada before finishing in France.

The Canadians entered the final series with a shot at second place overall, needing to best the Australian team. Canada opened the tournament with a 29-0 victory over Brazil, 45-0 win over England.

They finished off with a 24-14 win over Russia to go undefeated in pool play.

In the playoffs they quickly dispatched Ireland 31-0 before meeting the Australians.

With second place for the season on the line, the Canadians jumped out to a 14-7 lead at the half thanks to a late try from Benn. They were unable to hold the lead however as the Australians rallied back for a 19-14 victory. Canada would bounce back to close out the series with the 36-7 win over France, ultimately finishing two points back of Australia in the season standings. New Zealand won both the tournament and the season handily, finishing with 116 points, winning five of the six stops. Canada was the only team to dethrone them, finishing first in Sydney during the second stop of the season.

Benn finished the season with 20 tries, which was 12th most in the series and fifth best among Canadians.