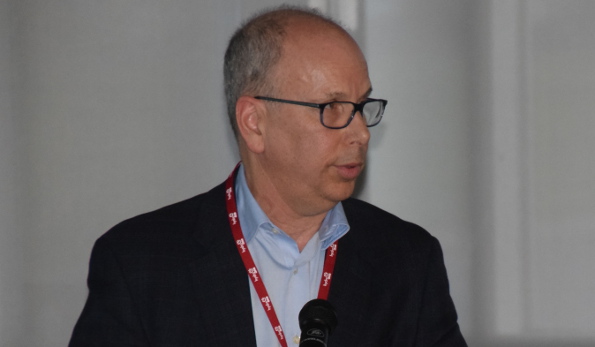 Hydro One customers had their chance to sound off on the electricity corporation’s proposed distribution rate increases Monday night at Napanee’s Strathcona Paper Centre during a public meeting hosted by the Ontario Energy Board.

As per protocol, Hydro One submitted an application to OEB earlier this year, calling for an increase in the distribution rates for 2018 through 2022. If successful, the rate would equate to an average increase of $2-3 dollars per month for the average customer.

“In its capacity as a distributor of electricity, (Hydro One) has made an application to increase the costs that it needs to recover to run its business,” said Kristi Sebalj, OEB registrar. “Our process will determine whether or not that is the case.”

Sebalj stated Monday’s meeting was one of many steps in the process, which often culminates in a court-case type setting where members of the OEB question Hydro One executives for detailed answers as to why they feel a rate increase is justified.

The application comes on the heels of the Ontario Liberal’s passing of the Fair Hydro Plan, which comes into effect July 1 and promises to decrease hydro bills an average of 25 per cent for rural customers.

“Really what we have here is a coincidence between the government’s Fair Hydro plan coming out at one time and lowering bills, whereas Hydro One is now going to the Energy Board and asking for an increase,” Oded Hubert, Director of Regulatory Compliance with Hydro One, told the crowd of about 40 people gathering at the SPC’s Lafarge Banquet Hall. “It’s important to note that overall bills are going down.”

Customers in attendance who spoke at the meeting weren’t happy with the increase. When given the opportunity to speak they brought up concerns such as their bills still being too high even with the decrease, some even stating their monthly electricity bill payments had no surpassed their mortgage payments. A couple of seniors shared their experience, stating they feared they’d have to sell their homes due to the rising energy costs. A pair of local landlords and business owners also spoke at the meeting, pointing to lower energy costs in Quebec and neighbouring states that were driving small business owners away from Ontario. Hydro One’s monopoly in the area was also a concern as customers are left with no options to shop around, eliminating any competition. The OEB countered that comment, claiming it’s their responsibility to hold Hydro One accountable for rate increases. Any rate increase must be submitted to the OEB, which operates outside of any political party.

Hastings, Prince Edward County MPP Todd Smith, who was recently named the Progressive Conservative Party’s Energy Critic, was in attendance and weighed in on the matter, criticizing both the OEB and the Fair Hydro Plan.

“How can we say (the OEB) is independent when they are up here doing what the government wants them to do, which is to tout this unfair hydro plan?” said Smith. “It’s disgusting to me.”

Smith also cast doubt that the plan would end up saving money in the long haul.

“Kathleen Wynne and the Liberals have driven up the price of electricity far more than the 25 per cent that you’re allegedly going to save this summer,” said Smith. “If Hydro One gets this increase they are asking for in this application, you could be potentially paying an extra $141 a month in five years time on your Hydro One bill.”

Executive salaries at Hydro One were also among the concerns of those at the meeting. Smith said the CEO makes $4.6 million a year, compared to his Quebec Hydro counterpart who makes one-tenth that salary while Quebec’s hydro costs are on average one-third of those in Ontario.

“The main takeaway for today is that citizens of Napanee are going to see a $600 on average reduction in their Hydro One bills annually,” said Natalie Poole-Moffatt, vice president of corporate affairs for Hydro One. “That works out to about 31 per cent. We understand that we still have some internal work to do and these meetings are a great opportunity to speak with our customers.”

Monday’s meeting in Napanee was the second one of nine scheduled to take place across the province over the coming weeks. The OEB has not set a timeline as to when they would make their final ruling on the application, but estimated it could come around March of next year. In the meantime they are encouraging public feedback at meetings or through phone calls and e-mails.