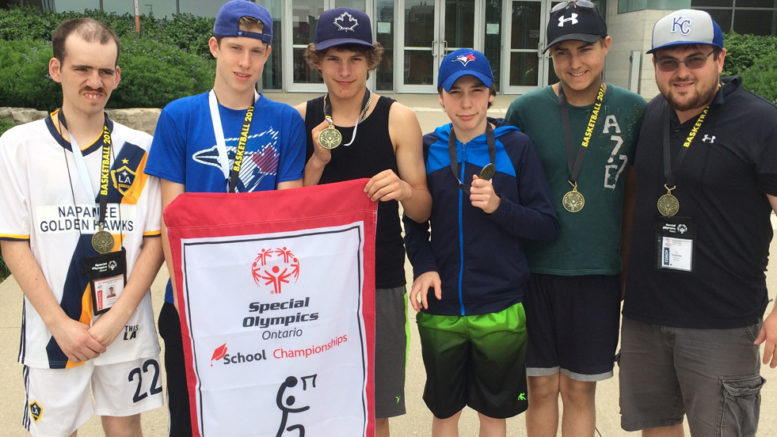 The NDSS Golden Hawks’ basketball team captured the Special Olympics Ontario School Championship last week, which was held at Brock University. The team, which plays 3-on-3 format, went undefeated at the regional qualifier in Belleville in the winter and then went on to capture the provincial gold. The team is made up of (from left) Kevin Goodwin, Blaine Carscallen, Jordan Bartraw, Riley Bird-Lyman, Jacob Hutchings and coach Sal Cutrona. Much of the team features players who were on NDSS’ soccer team, which also captured a provincial gold medal last year. Both banners will now hang in the NDSS’ gym.