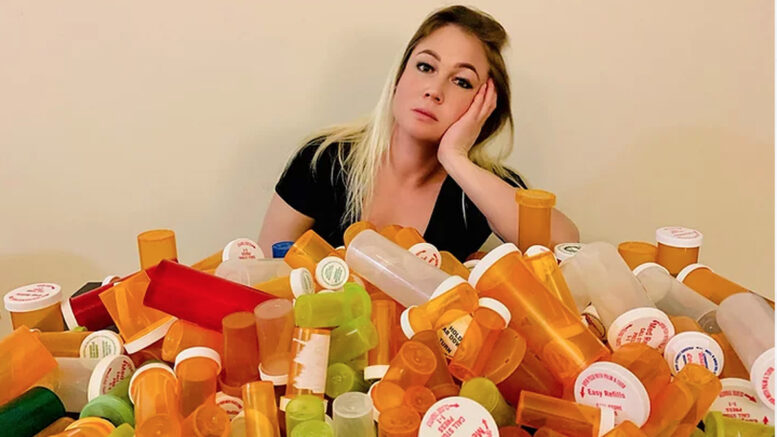 Earthub founder Brittanny Belanger, who grew up in Yarker, is passionate about keeping materials such as pill bottles out of landfills. Submitted photo.

Brittanny Belanger is determined to get people to re-think recycling and to instead focus on re-using materials.

That’s why the Yarker native founded Earthub (pronounced Earth Hub), a non-profit organization aimed at creating a greener, more sustainable environment by diverting materials such as plastic pill bottles, egg cartons and milk bags from landfills. Using her own out-of-pocket dollars, she’s already built a network of volunteers in Ottawa and the Kingston area who are doing their part to help re-purpose large quantities of previously single-use items. The ever-growing network of drop off locations now includes Greater Napanee’s Mainstay Natural Foods, located at 71 John St. Pill bottles, milk bags, Swiffer/Febreeze products, egg cartons, markers, mascara wands and air pillow packaging can all be dropped off at that location.

Since launching Earthub in 2019, it has continued to grow steadily.

“I started it just from friends and family not really being aware of eco-friendly products or awareness or knowing how to recycle, things like that is what really sparked it,” said Belanger. “I wanted to start a platform to spread environmental awareness but what’s really important for me is that it comes from a scientific background.”

Currently studying at Ottawa University and working towards a degree in Civil Engineering, she also holds a Civil Engineering Technologist diploma from Algonquin College. That background is part of what fuels her drive to ensure everything Earthub does is scientifically proven to be the greenest course of action.

“You see so many articles out there and you don’t know exactly where they’re coming from or the science behind what people are saying and to me that’s kind of green washing,” said Belanger. “The same thing happens with recycling because every city is different but a lot of people don’t know that. I think things really get misconstrued across the board when it comes to environmentalism.”

Common among those misconceptions are the proper way to dispose of pill bottles, which Belanger says most city recycling programs won’t recycle.

Despite the major time commitment, Belanger runs Earthub between studying for her university classes. She says the Earthub movement really took off following a post she made to social media in late 2019. Her post mentioned Earthub collects prescription pill bottles, which are then sent to a disaster relief organization in Ohio known as Matthew 25: Ministries.

She shared the post to social media just a few days before heading on a holiday trip to Antigua.

“All of a sudden, Earthub blew up,” she said, recalling that the post had a reach of over 140,000. “I was frantically trying to answer all these emails in Antigua. I received emails from every single state except Alaska and Hawaii and every single province. It blew up pretty fast and people were having the same concerns about these pill bottles.”

To keep up with the growing demand, as well as to handle the logistics of shipping, she’s looking to set up Earthub chapters across Canada. Shipping the items to organizations that can re-use them does get costly, so Belanger has set up a bank account specifically for anyone who wanted to donate to her cause through her website Earthub.ca. The site also contains a full list of items that can be dropped off at their Napanee, Kingston and Ottawa locations. Because some locations are just inside the homes of volunteers, Belanger says its best to email any questions and then arrangements can be made to drop off at a location.

As well as keeping materials out of landfills, Belanger is hoping to clear up as many eco misconceptions as she can.

“I realized recycling is not a good thing just because the emissions, the time, the energy, the money that goes into recycling, it’s only extracting very minimal material,” she said. “Anyone can think about it, if you melt a yogurt container, how much plastic are you really getting out of that to make something else new? Then you’re using more energy, more emissions to create that new thing.”

Using something that’s on the accepted item list is counter-productive as well.

“It’s always better to re-use an item. Not only re-use, but refuse and reduce,” she said. “I don’t want to encourage the use of (items on the list). I don’t want people to think ‘oh my gosh she needs these, we have to consume, consume all of this milk so she has milk bags.’ That’s a really important point I’m trying to get across.”