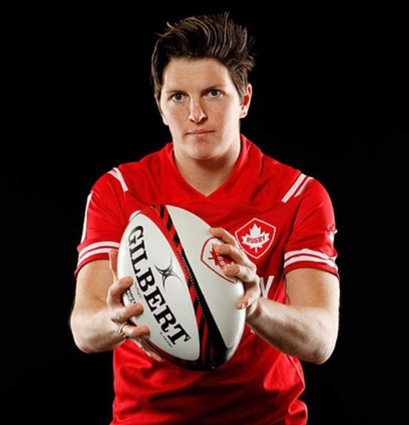 She joins teammate Ghislaine Landry as the only two Canadians to be named to the team, which includes American Kristi Kirshe, Australia’s Sharni Williams and New Zealand’s Ruby Tui, Stacey Fluhler and Tyla Nathan-Wong.

The selection to the team is second accolade Benn has earned in the two months as in August she was named Rugby Canada’s Women’s Sevens Player of the Year.

The 31-year-old is currently in British Columbia, training with Rugby Canada in preparation for the 2021 Olympics, which are scheduled to take place next July in Tokyo, Japan. In June of 2019 Benn helped the Canadians qualify for the Olympic games, which were then postponed a year due to COVID-19. In 2016 she was a key member of Canada’s bronze medal finish in Rio.